Italy is home to the world’s most extensive variety of cheese. Over 2500 different types are in existence today, and in terms of raw production value, Italy is the third-largest producer on a global scale.

Most turophiles, commonly known as cheese lovers consume Italian cheeses such as Mozzarella and Parmesan, but there is a whole undiscovered area of fantastic, classic Italian favorites.

Read on to discover some of the best-kept secrets of Italian cheeses that both beginners and connoisseurs can indulge in.

For the love of cheese

With so many multifaceted uses and so many different forms and types of cheeses. The word Formaggio means cheese in Italian.

The rich culture and varieties of Italian cheese go back centuries in time. Want to know how cheese was invented? Or who invented it? Well, it’s one of mother nature’s mysteries, but a legend goes that a merchant from Arabia created it, wholly accidental and unintentional!

He put a supply of milk in a satchel made from the stomach of a sheep. As he embarked on his journey, temperatures were scorching. The enzymes contained in the lining of the stomach and the heat of the sun created a magical chemical reaction.

When he reached his destination for the evening, he opened the pouch and found a fascinating occurrence. He discovered that when he drank the whey (caused by the milk separating), it quenched his thirst, and then he ate the now curd that had formed and found that it satisfied his hunger.

Cheese production in Italy had its origins when Gorgonzola was made in the Po Valley in 876 A.D. Italy also became the cheese-producing hub of Europe in circa the 10th century.

The world’s most expensive cheese is called Pule and hails from Serbia and comes at a staggering price of $576 per pound. While that takes a while to set in, let us share a secret ingredient! 25 liters of a Balkan Donkey’s milk is required to make 2.2 pounds of cheese! 600 times higher in Vitamin C than cow’s milk, but super expensive? You decide for yourself!

We will unpack the 13 most popular Italian cheeses in this listicle and the three different classifications thereof (soft, semi-soft, and hard). After reading, you won’t be able to contain yourself and will want to hit the local cheese shop by close of business.

The types of soft cheese that we will be delving into are:

This beautifully soft cheese has its origins deeply rooted in the south of Italy, in the murge plateau. It has a creamy and milky-textured explosion in your mouth. Typically, it is a cow’s milk cheese made by using mozzarella and cream. 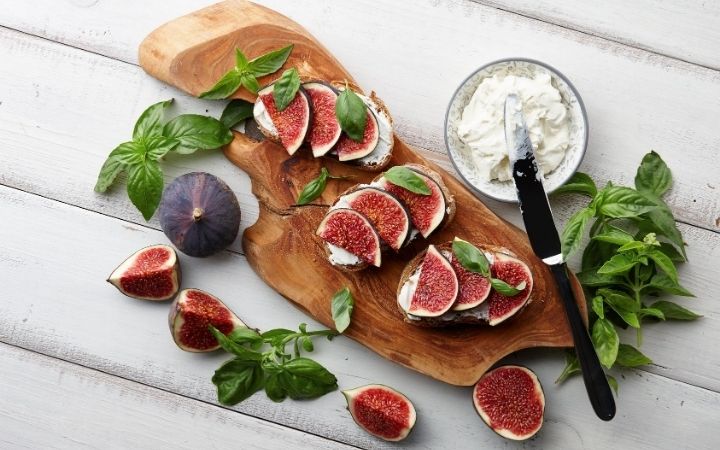 One of the favorite types of white cheese there is on the market.  It comprises a soft, spreadable texture that is best enjoyed fresh. A specialty all the way from the proud Lombardy region in Italy. Also, it is versatile enough in that it can be used for sweet and savory dishes alike.

A low sodium cheese that can be white and off-white in color, depending on the diet of the Italian buffalo it originated from. It is made by using the pasta filata technique. This method implies that the fresh curd is kneaded in hot water. It comprises high moisture content and is, therefore, best enjoyed a day after being prepared for the best flavor. 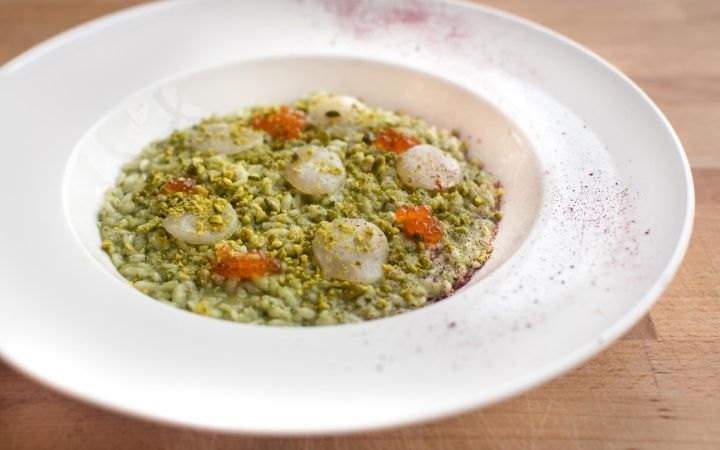 This is a whey cheese made from the leftovers of other famous Italian cheeses. The word literally means to be re-cooked. It has a delicately sweet flavor, and the production thereof dates as far back as the Bronze Age.

Stracciatella is a cheese made from Italian buffalo milk and formally produced in the Foggia region in stunning Italy. When it is combined with cream, it makes burrata cheese. It is best not to refrigerate this cheese, as it compromises flavor and is best eaten fresh a few days after it was made. 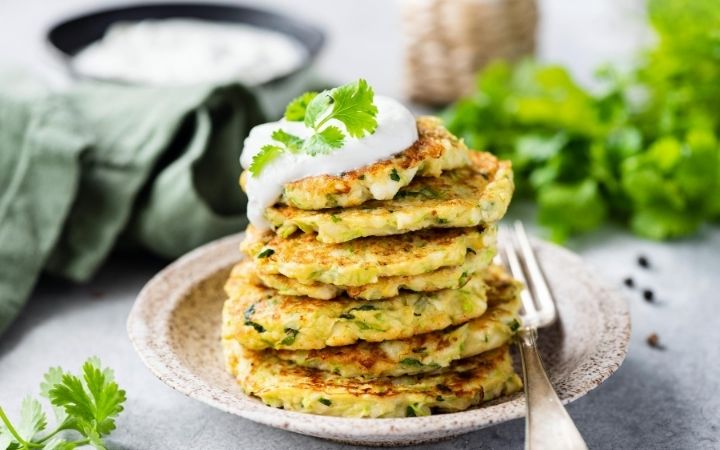 This article serves as a tribute to the following semi-soft cheeses:

The Fontina cheese taste is that of a buttery-nutty flavor. It is a cow’s milk cheese with a very robust and intense flavor to it. The inside of the cheese is a pale-cream color with “eyes,” otherwise known as holes.

A cheese that has blue veins contained in its layers, which has a biting flavor. It is made from unskimmed cow’s milk and is very salty in its taste. The threads are formed from metal rods being inserted in a plunging manner, creating holes in the cheese where mold spores grow into, forming the blue vein marble patterns. 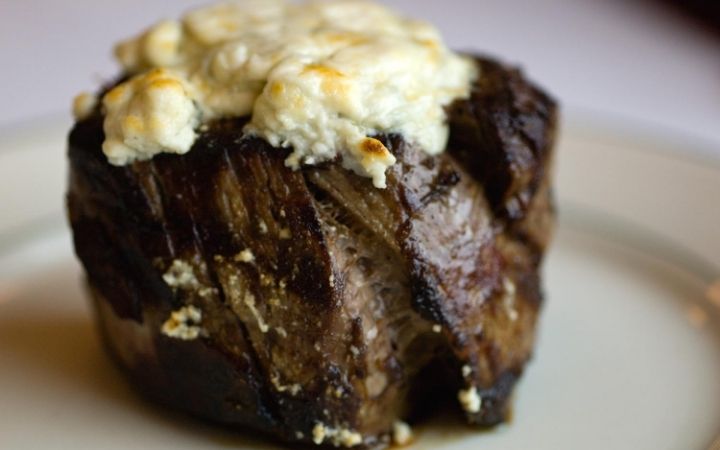 The name of this cheese translates as “beautiful country” in English, and naturally, it is referring to Italy. A more apt name could not be found anywhere. Bel paese cheese is a mild type of cheese. It is made and sold in small discs and is similar to the French Saint-Paulin cheese.

We pay homage to the following hard Italian cheeses in this listicle:

A hard cheese made from Italian dairy cattle. Only raw materials and ingredients are used in the production of this cheese. It is semi-fat in consistency and is cooked and slowly matured for at least nine months. 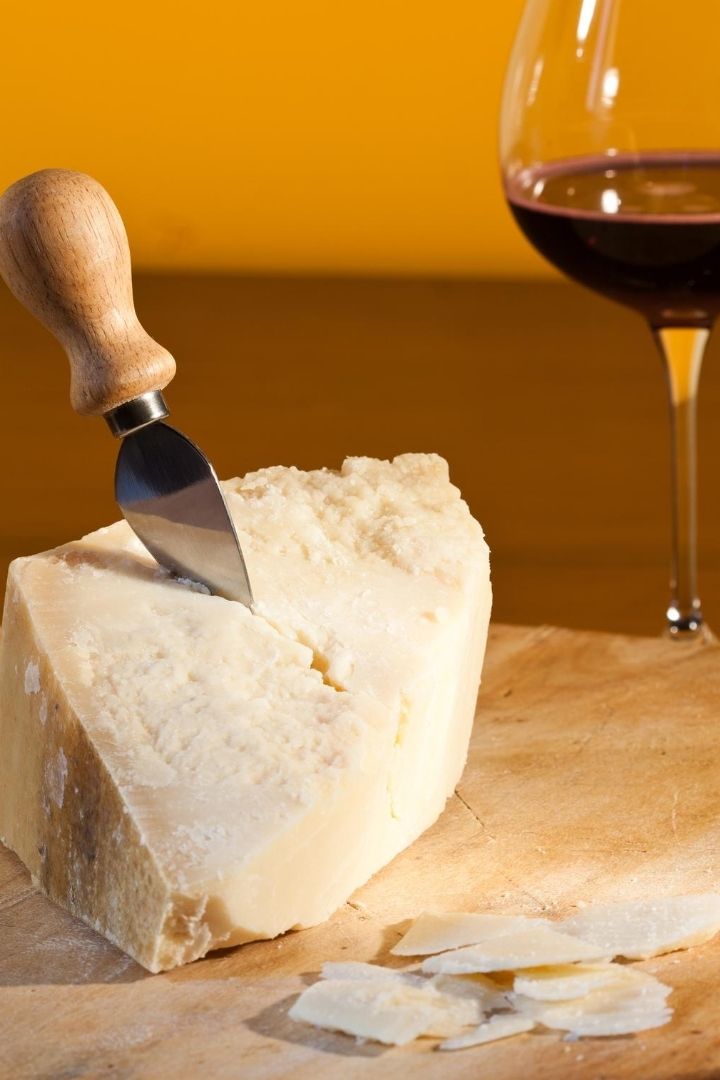 Commonly known as parmesan cheese. It has a beautiful sharp fruit, nutty taste, and some variants that can be somewhat bitter, too — one of the most common cheeses in the Italian cheese deli.

A hard, salty type of cheese made from sheep’s milk. This cheese was an essential staple in the ancient Mediterranean cultures for many years. It was given to the Roman Legionaries as a supplement to the bread and farro soup. 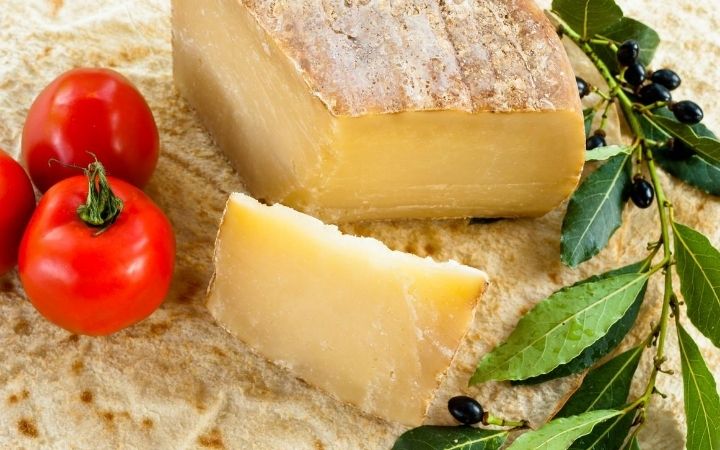 When sampling an Italian cheese for the first time, be on the lookout for cheeses: Denominazione di Origine Protetta, DOP for short. Translated, this implies a form of certification that the product is locally grown and packaged, thus ensuring its authenticity.

For whoever wants to tell you that you are eating too much cheese, get rid of that person…you don’t need that kind of negativity in your life! Grazie per aver letto!