The reason why Dominick the Donkey is special

Dominick, the donkey, is a song that is mostly sung during Christmas celebrations. It is among the most famous Italian Christmas songs. It was written by Ray Allen, Sam Saltzberg, and Wandra Merrell. The song was recorded by Lou Monte in 1960 on Roulette Records. It is a song that describes a donkey that helps Santa Claus to bring gifts to children in Italy because the reindeer cannot climb the hills in Italy. The gifts are usually from Brooklyn.

What is the History behind Dominick the Donkey?

Although Dominick the donkey was recorded in 1960, it only became popular four decades later. The song was first common among the Italian-Americans who lived in the Garden State. It became a hit in the year 2011. This was after the BBC pushed for the revival of the song.

The Christmas donkey song is rumored to have been sponsored by the mob in the name of Italian American pride.

What are the lyrics to the song?

Do you want to enjoy the donkey song? You can always find Dominick the Christmas donkey lyrics on Youtube. Here are the lyrics to the song:

Santa’s got a little friend; his name is Dominick

The cutest little donkey, you never see him kick

When Santa visits his Paesans with Dominick, he’ll be

Because the reindeer cannot climb the hills of Italy

Jingle bells around his feet and presents on the sled

Hey, look at the mayor’s derby on top of

A pair of shoes for Louie and a dress for

The label on the inside says they’re made in

Children sing and clap their hands, and Dominick

They talk Italian to him, and he even understands

When Santa Nicola comes to town and brings ilciucciarellio 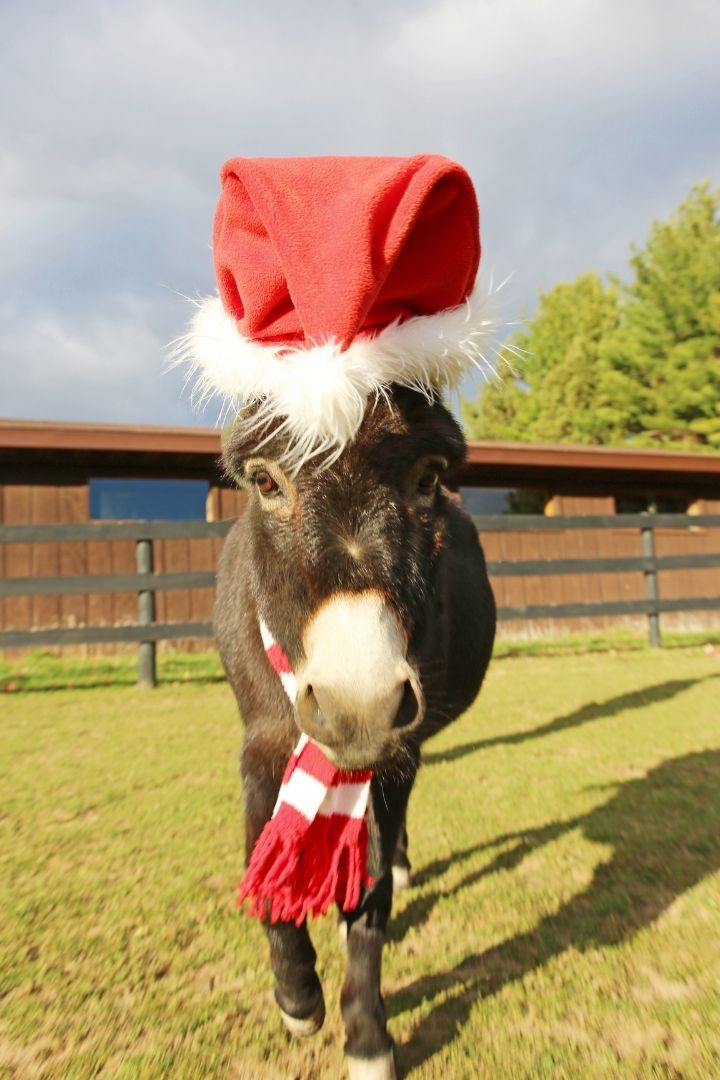 Why did Lou Monte write the song?

Lou Monte cracked a lot of jokes and sang funny songs in his shows on an AM radio. Later, he began working in a comedy club in New Jersey and New York. He was nicknamed “The King of Italian-American Music” and “The Godfather of Italian Humor.”

During the 1960s, many Italian Americans faced social ostracization in American society. He played a significant role in making things easier for the Italian-Americans through his comic-filled songs and jokes. He sang “Pepino the Italian Mouse,” “Pepino’s Friend Pasqual,” “Paulucci, the Italian Parrot,” and “Dominick the donkey,” among others.

Dominick the donkey song still lives on even after the death of Lou Monte many years ago. It is prevalent amongst the Italian-American families, especially those from Lyndhurst, where Lou Monte lived.

Fun facts about the song

The song became very popular in Italian homes. You need to know that even with the popularity, it didn’t receive much radio play. The reason is that it was viewed as a novelty track.

There are Italian words that have been used in the song. For instance, “Paisan” means a friend or a countryman. Monte sings “Dance a tarantell’,” which means “la tarantella,” a famous Italian dance. The “ciucciariell” is a slang that means a little donkey. The other Italian name that has been used is “Buona Natale,” which means Merry Christmas!

A fact you also need to know is that according to Monte’s son, Ray, Dominick gained steam in 1995 when it was included in the” Ultimate Christmas” compilation by CBS. Since then, its popularity continued to grow. In the year 2011, the song was lucky enough to be played by a popular radio station in the UK, the BBC. It was played regularly for people that had never heard about it before. In that year, Dominick the donkey reached positioned number 3 on the UK singles chart.

It is also good to know that Dominick has been immortalized in a two-part children’s storybook. The titles are “A New Home for Dominick” and “A New Family for Dominick.” The author is Shirley Alarie, who released the series in 2016.

In all the Lou Monte songs, it is only “Dominick the Donkey” and “Pepino The Italian Mouse” that earn Monte’s family some royalties. This is according to a CBS report.

With all the song’s humor, you will always want to listen to it to get entertained. Do you want to add to your animal Christmas songs? Why not try Dominick, the donkey!