Renaissance was an era of European cultural, economic, political, and artistic movement which took place between the fourteenth and seventeenth centuries.

It started in Florence, Italy and then spread to the rest of Europe by the 16th century. It was a remarkable period that influenced art, architecture, philosophy, literature, music, science and also technology, politics, religion.

However, it is best known for its artistic developments and the contributions of Leonardo da Vinci and Michelangelo.

Contents hide
1 How Florence came to be the birthplace of the Renaissance
2 Florence And The Medici family
3 How to experience the Italian Renaissance in Florence today
3.1 Takeaway

How Florence came to be the birthplace of the Renaissance

Florence is one of the oldest European cities. Julius Caesar founded it in 59BC and named ‘’Florentia’’ meaning flourishing. He made Florence a sanctuary for retired military veterans. Florence’s location on fertile land and position along a major trading route benefited the city.  The city developed gradually from a small settlement to a wealthy commercial city.

Florence became the capital of Tuscany, at the time known as Tuscia. Soon, the city’s economic strength attracted plenty of immigrants. This started setting a stage for the Italian renaissance.

Florence became a financial powerhouse and widely considered a banking capital. Well to-do Florentines became patrons to the arts and artists as a means to flaunt their wealth and spread their influence. They encouraged cultural expansion.

There were different kinds of artists in the city during this period.

Some of the worldly famous artists who came to Florence to create their masterpieces were Leonardo da Vinci, Ghirlandaio, Botticelli, and Michelangelo. Now, many scholars argue that the idea of renaissance initiated from Florence during the thirteenth century.

Or more precisely with Giotto Bondone’s paintings and the writings of Petrarch and Alighieri Dante. Some writers consider that it began when Ghiberti Lorenzo and Brunelleschi Filippo were fighting for the contract to build Florence cathedral’s doors in 1401.  Other intellectuals think that the competition between polymaths and artists for artistic commissions was the thing that started the creativity in Florence.

There is another theory that includes the plague that devastated Florence between 1348 and 1350. The plague known as the Black Death had an enormous impact on the world view of people in 14th-century Italy. The people saw many deaths and this made the thinkers dwell more on their lives on Earth. Previously, they dwelled on spirituality and the afterlife. This new thinking could have sparked the development of the Renaissance or Rinascimento in Italian.

However, the exact reason why renaissance began in Italy and when it did is debated to this day.

Florence And The Medici family

Many people wonder why the Renaissance began in Florence, and not some other place in Italy. There certainly were some features unique to Florentine cultural life that could have caused this tremendous cultural movement.

Many think of the role of the Medici as being one of the greatest reasons. They were a banking family and later ducal ruling house. They had a large part in promoting and stimulating the arts. Giovanni di Medici was a banker and contributed greatly to the development of the arts in Florence.

He was one of the judges on the panel that chose Lorenzo Ghiberti’s design for the bronzes on the doors to the Florence Baptistery. Giovanni also sponsored the construction of the sacristy in the Church of San Lorenzo in the year 1418. He was the one to pick Brunelleschi as the architect and Donatello to create the sculptures.

Lorenzo de’ Medici (1449–1492) encouraged his countrymen to order works from Florence’s best artists. That is how artists like Leonardo da Vinci, Sandro Botticelli, and Michelangelo Buonarroti were able to do their brilliant work. The Renaissance was on its way even before Lorenzo de’ Medici came to power.

Some historians suggest that Florence was the birthplace of the Italian Renaissance as a result of sheer luck.

They say it happened because great men lived there. Because people like Leonardo da Vinci, Botticelli, and Michelangelo were all born in the region of Tuscany. Others think that these “Great Men” were only able to reach their success because of the cultural conditions that they had there.

However, the influence of the Medici family on Florence’s development is unquestionable. They were part of Florentine politics from around the 1430s.
In 1520, the family ordered the philosopher Niccolo Machiavelli to write a history of Florence.  They published it after his death because it revealed excessive details of their activities.
In 1527, the Florentine government expelled the Medici and re-established a republic.

Still, the family got the support of both the Emperor and the Pope to declare war on Florence. And after two more ventures, they regained power. They became hereditary dukes of Florence in 1537 and later in 1569 became the Grand Dukes of Tuscany. The Medici ruled the territory for the next two centuries.

How to experience the Italian Renaissance in Florence today

The Uffizi Palace and Gallery is one of the most important Italian museums in the world. You can see an immense collection of Renaissance art from artists like Botticelli, Da Vinci, Titian and Raphael inside the museum.

Since it’s nearby, you should also see the Basilica di San Lorenzo. The Medici family constructed it. This church is an impressive building with a huge dome and characteristic terracotta tiled roof.

Piazza della Signoria – the main structure of the Piazza is the incredible Pallazo Vecchio with a huge clock tower and statues of David and Hercules. To the left of the palace, you will spot the wonderful fountain of Neptune. And to the right, there is the Loggia dei Lanzi. It contains some beautiful Renaissance sculptures such as Perseus, Menelaus, and Hercules.

The Galleria dell’Accademia di Firenze is an art museum. It’s actually one of the most visited in Italy, after the Uffizi Gallery. But the best thing about it is that the Galleria dell’Accademia di Firenze is home to Michelangelo’s David. The Statue of David is one of the most well-known sculptures in the world. It’s an extraordinary piece of renaissance art that the artist Michelangelo created. It’s a statue of the biblical figure David.

David was the first King of Israel. This statue is famous for the unbelievable accuracy of depicting the human form. It’s sculpted from marble in 1501 and 17 feet high.  You can also see here paintings and sculptures from the whole Italian Renaissance.

In The Holy Trinity in the Dominican church of Santa Maria Novella you can see The Holy Trinity, a fresco by Masaccio that is a perfect example of early Renaissance art. It’s an enormous fresco that depicts God the Father, Christ on the cross, the Holy Spirit, Mary and St. John and the painter’s donors. The mammoth fresco is large enough for you to take in all the details as the figures are life-sized.

This fresco, completed in 1424, is popular for its early use of a one-point linear perspective. This kind of perspective tricks the viewers into seeing a three-dimensional space. While this fresco is the highpoint of the church, the whole church Santa Maria Novella is worth a visit.

And finally, visit The Casa di Dante. It’s a museum that shows the life and works of Dante Alighieri. Dante Alighieri wrote the greatest masterpiece of renaissance literature “The Divine Comedy”. The museum is in the heart of medieval Florence. That’s exactly where the houses of the Alighieri family were in the first place.

One of the most fascinating aspects of the Italian Renaissance is how far it spread. Not only geographically, but across all disciplines from art, science to commerce.

The European discoveries of new continents, advancements in astronomy, commercial growth, inventions like printing and gunpowder were due to the Italian renaissance. Also, large-scale sculptures, paintings, and architectural projects from artists like Michelangelo, Raphael, and Donatello.

In a nutshell, all that we know in the modern world today is partly because of Florence – the birthplace of the renaissance. Florence as a city has an extremely important role in both Italian and global history. 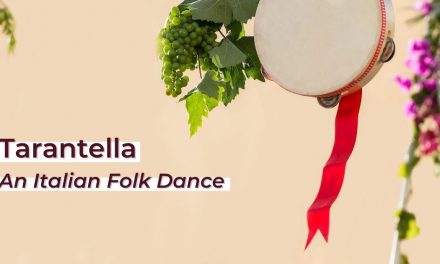 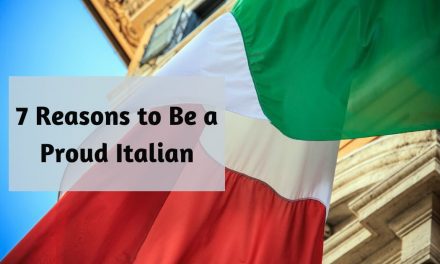 7 Reasons to Be a Proud Italian 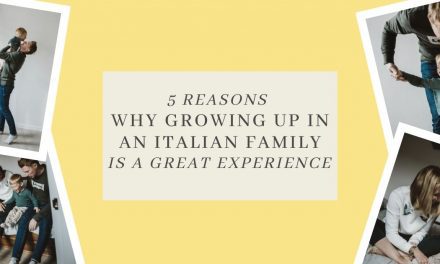