If you are looking for inspiration for baby names, the land of art, history and splendid food could be a great source. Maybe you are an Italophile or simply looking for a baby name with a bit of an Italian flair, whatever the case, here you can go through 33 Italian names for boys and pick your favorite.

Alessandro has been in the top five boy names in Italy for over 20 years. Its meaning is powerful, it means “to defend” and other variations are Alex, Sandro and  Lisandro.

Alessio, similarly as Alessandro, stands for “defender” and you can also come across Alexis, which is an alternative. 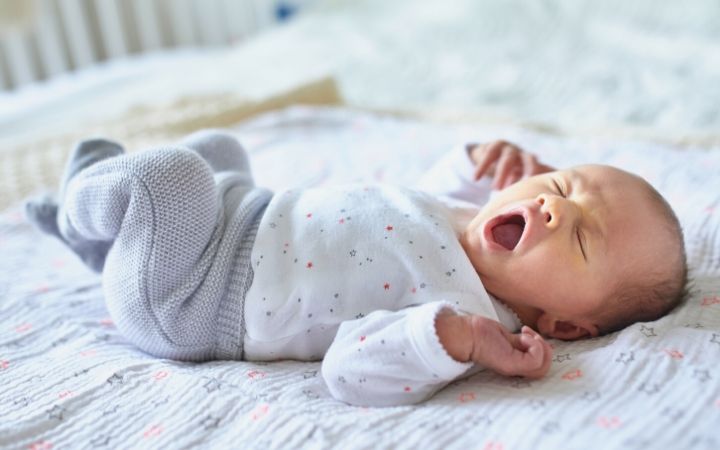 Andrea is among the most popular Italian first names for boys, and the interesting part is that the same name is used for girls in the US. Its meaning is “force, courage, virility” and its variations are Andre, Andreas and Andrew.

Angelo means “angel” and it comes from the Latin language. It is a classic Italian name that evokes images of mafia dons and male models alike or simply put an alpha male.

You would probably agree that Alberto makes a much bigger impression than just plain old Albert, from which it originated. Maybe it’s the European flair that the extra ‘o’ gives to Italian first names. Currently Albert and Alberto, both meaning “noble, bright and famous” are at the peak of their popularity.

This name is an ancient Roman family name and it’s more popular in southern Italy. Anthony, Tony and Anton are its variations. The female version Antonia is also popular in Italy.

This Hebrew name carries a strong message: “God is my judge”. In the Bible, Daniel was thrown into a  lion’s den and he survived with the help of angels. Quite an inspiring name, wouldn’t you say?

This Italian name is best-known for their greatest writer Dante Alighieri and his renaissance masterpiece The Divine Comedy. Much like Dante Alighieri himself, the name means “enduring”. It certainly is an attractive male name with a rich background.

Another Hebrew name with a delightful meaning – “beloved”. King David wrote the psalms in the Bible and is one of the best-known characters from the Bible.

In case you fell in love with the female name Emilia but your bundle of joy is sporting blue,  Emiliano is a gorgeous male alternative. It’s the Spanish and Italian variation of Emil and it sounds exotic for a little heartbreaker.

You probably have read one too many romance novels if you’re eyeing this name. Indeed, Fabio is an attractive Italian name with deep roots, meaning “bean grower”.

Though it sounds like an Italian name for boys, its origins are actually German and it means  “peaceful ruler”. Federico consistently ranks in the top 15 Italian male names.

This charming name stands for “French man” and both the male and female versions are extremely common in Italy.

Giovanni is the Italian version of John, and it means “God is gracious”. You can find it as Gian, Gianni, Giannino, Nino, etc.

Joey or Joe is the American version of Giuseppe and it carries a comforting message “He shall add”. If you like to name your boy after the Friends’ charming character Joey and to sound Italian, this is the name you can go for.

If you want a name that signifies strength and sounds romantic too, you can pick Leonardo. It means “strong as a lion” and has many alternatives like Leo, Leone, Lenard.

This cheerful name was an ancient Roman surname meaning “from the laurel”.  Lorenzo goes back all the way to the days of Lorenzo de’ Medici who was one of the Renaissance’s foremost art patrons. It has a strong Italian feel, but the alternative Ren can be used in the US.

The name means “a person from Lucania, an ancient area of southern Italy” and it’s among the most frequent Italian names for boys.

Still going strong in Italy, Marco isn’t doing too bad in the U.S. either. As the more magnetic version of Mark (both derived from Mars, the Roman god of war), Marco is one of the most appealing Italian baby names.

Matteo means “gift of God” and has been in the top 10 boy names in Italy for over 20 years now. It is also skyrocketing in popularity in the U.S. but with the variant Mateo.

Mattia comes from Matthias, the apostle of the Bible. The meaning is the same as Matteo – “gift of God” and the American variations are Mathew, Matt, Matias.

Michele is the Italian version of Michael. This name sounds masculine and has been popular for centuries in various spellings all over the world. Its origins are Hebrew and the meaning is “which man is like God?” – is a rhetorical question that implies a negative answer. Michela is also an extremely popular name among the Italian names for girls.

This classic Italian name is a blend of Michael and Angelo. The Italian artist who carried this name is one of history’s greatest painters and sculptors. This fact gives the name an artsy and fabulous feeling, wouldn’t you agree?

Although from Slavic origin, Mirko is found among baby names in Italy, too. Its meaning is “peaceful”.

If you want to give your baby boy another masculine and powerful name, Nicola might be a good choice. It stands for “victory of the people” and it has plenty of alternatives like Nicholas, Nicolao, Nico.

Paolo is absolutely a hit among Italian male names. It means “small” and another alternative is Pablo. The American equivalent is Paul.

If you are a fan of Shakespeare, then the name Romeo might be close to your heart. Romeo is a young lover in the most popular love story of all times “Romeo and Juliet” and it stands for “a pilgrim to Rome”.

Pietro is the Italian version of Peter and it stands for “stone”. Another Italian boy’s name that expresses toughness and resilience.

This Latin name means “savior”. Ironically, a lot of notable gangsters and mafioso had this noble name. The international variant is Salvador.

If you want to give your child a glamourous name, consider Stefano. It comes in a lot of forms, so you can choose which one you like most from Stephano, Stephen, Steven, Stefan, and Steve. Its origin is Greek and it simply means “crown”. Quite fancy, right?

Tommaso is in the top 10 boy names for Italy, but Thomas is accepted more in the US. It stands for ”twin” and the alternatives are plenty: Tomas, Thom, Tommy, Toma and so on.

This Latin name has a lovely meaning – “strong, healthy” and that is probably the reason why it is a much-beloved name in Italy. You can find it in a shorter version – Tino which is also very lovely. The female version Valentina is among the most common Italian names for girls as well.

The last name we have for you is Vincenzo. Its meaning is “brave” as you would probably like your baby boy to be. It means “to conquer” and its alternatives are Vincente, Enzo and Vincent.

Whether you choose a short and cute name or a longer and gracious one, your baby boy is dressed for success with any of these fabulous Italian names.