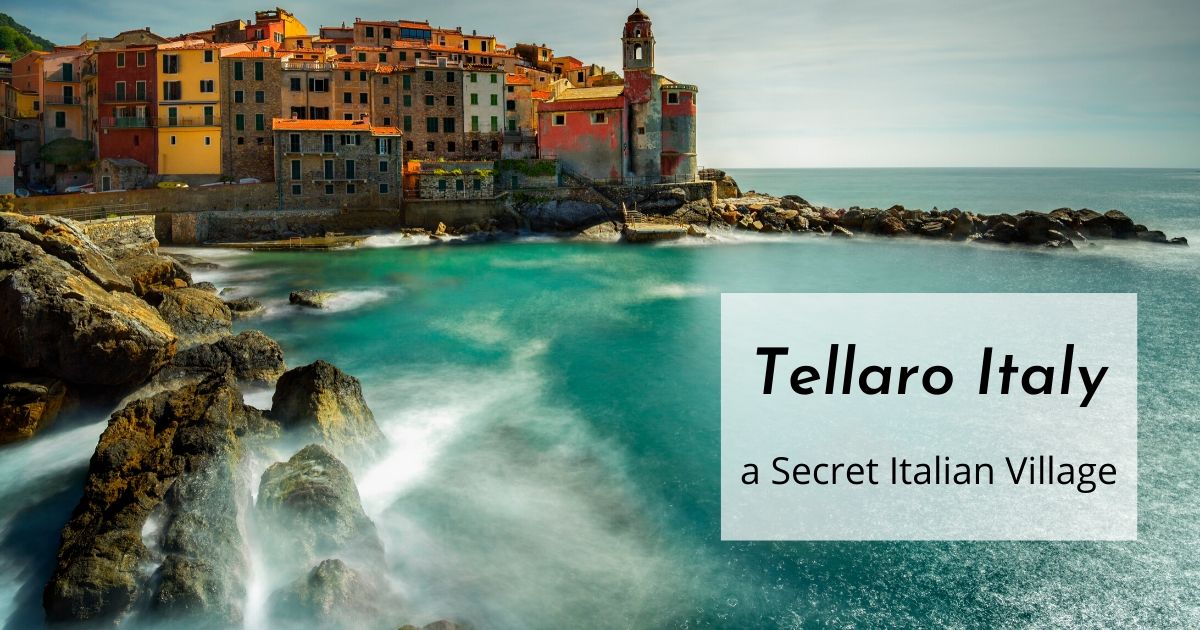 Rome, Milan, Venice, Florence… all big cities with a lot of history and monuments to see. Crowded with a lot of people hurrying up to the next location. Usually, we chose these places to visit, or we go to the best beach towns in Italy for our summer vacation.

But what if you want a cozy experience in Italy? Someplace you can feel the Italian culture warming up your heart? Then the small village of Tellaro, Italy is the place to be!

This picturesque fishing village is one of the best-kept secrets in Italy. Peaceful and “unspoiled” as it is this little gem has the award “Borgo tra i cento piu belli d’italia”, listed among the 100 most beautiful villages in Italy.

Contents hide
1 Where is Tellaro Italy?
2 Why do they call it “Italy’s best-kept secret”?
3 The Legend – Giant Octopus
4 What is the attraction of Tellaro?
5 The Best Things to visit around Tellaro

Where is Tellaro Italy?

Located on the northwestern side of Italy, hiding on the Mediterranean Coast lies the charming village of Tellaro. On the beautiful Italian Riviera coastline, along the Cinque Terre, Tellaro is one of the last fishing villages, before the region of Tuscany, Italy.

Cinque Terre literally means five lands is a region famous for its most beautiful fishing villages in Italy. Hugging the Ligurian coastline, the Cinque Terre is an authentic and at the same time romantic retreat for tourists.

Ranking as one of the most beautiful villages in Italy, Tellaro is the real gem of the Gulf of La Spezia also known as the Bay of Poets, Italy. The Gulf of Poets got his name because it was a refuge of English writers like Mary Shelly and Percy Bysshe Shelley and their friend Lord Byron. The mesmerizing view of the Liguria coastline and the peacefulness of the beautiful villages surrounding it gave the writers the perfect stillness to lay their thoughts into masterpieces.

Why do they call it “Italy’s best-kept secret”?

Tellaro is a little maze-like village that cozies around you, following the narrow alleys, the lemon smell fills you up with freshness. The beautiful brightly painted houses and small shady squares give you the sense like you are part of a wonderful picture.

Seated on a small rocky peninsula with its very attractive seafront area, it gives a romance and peacefulness to the moment.

Seeing that it doesn’t have a lot of tourists, this gem holds up to the pristine authenticity. So when you visit this village you have the sense that every small alley, every lemon tree and the breathtaking view of the sea is only for you.

The famous poet Mario Soldati, who lived in Tellaro, wrote about this legend in his book The Octopus and the pirates. So the legend of the folklore tale about the Giant Octopus begins in 1660. Tellaro as an outpost on a rugged coast was the first defense of the main town of the area against pirates coming from the sea.

Barbazzano, the main town of the area was rich in oil and merchandise. So when the pirates were spotted in the sea, Tellaro rang the churches’ bells and everyone would be alarmed to prepare to fight.

But one stormy night, that was not the case. As the guardian was asleep, the pirates took advantage of the bad weather to attack Tellaro. But something unexpected happened. As the pirates were coming close to the shore, a giant octopus emerged from the water and started climbing on the Saint George church and rang the bell, sounding an alarm to the villagers. And the village was saved.

Since that stormy night, the octopus became a symbol of Tellaro. They even dedicated a festival to the octopus. The Octopus Festival of Tellaro is a food festival usually held in early August.

What is the attraction of Tellaro?

Walking through the cozy pathways of this charming place you will come across a few attractions taking your breath by their authenticity. One is the Centro Storico Del Paese di Tellaro, the historical center of the village of Tellaro.

Dominating the landscape on the edge of rock stands Chiesa di San Giorgio or Saint George Church. Built during the sixteenth century this church still stands to overlook the sea’s horizon.

Walking through Tellaro’s narrow alleys you will come to the Oratorio di Santa Maria in Selàa, this oratory of Santa Maria was built in 1660, nowadays renovated and overlooking the panoramic view over the Italian Riviera is a perfectly romantic refuge.

The Best Things to visit around Tellaro

Walking or driving you’ll have a lot more to see on this coast, keeping Tellaro as your base.

A short distance from Tellaro is the comune Lerici, one more beautiful town along the coast of the Gulf of La Spezia. In the Lerici area, or more precisely between Tellaro and Lerici are one of the most beautiful beaches in northern Italy. With its crystal-clear waters and rocky to sandy beaches, this bay can compete with best Italy beach towns.

Ameglia is a village on the edge of Liguria bordering Tuscany. From this beautiful town, there is a breathtaking view across the Tuscan coastal plain, over the Magra River and towards the mountains. If you feel like spending time in nature you can take a walk from Tellaro to Ameglia surrounded by beautiful forest, inhaling the olive tree smell and vineyards.

Tellaro is in the far eastern side of the Gulf of the Poets making it a great base to explore the other towns of the Gulf – from Lerici and San Terenzo to La Spezia and Portovenere, all the way to the Cinque Terre.

The sea village of Tellaro is often referred to as a museum under the open sky.

Write it down on your calendar for your next trip to Italy to get the full experience of this place which seems like it’s frozen, standing still through time. Stand by the pastel-pink church of San Giorgio, take a deep breath of the sea and just enjoy the quietness of it all.

“Traveling is a feeling, not just a fact.” – Mario Soldati 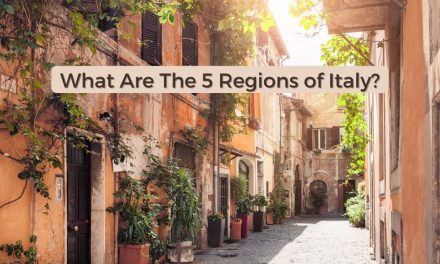 What Are The 5 Regions of Italy? 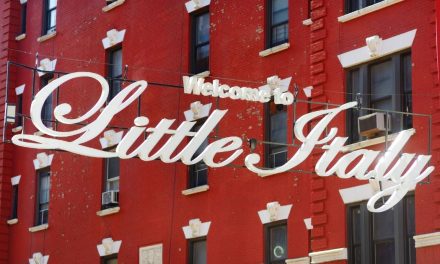 5 Great Places to Discover Italy Across the U.S. 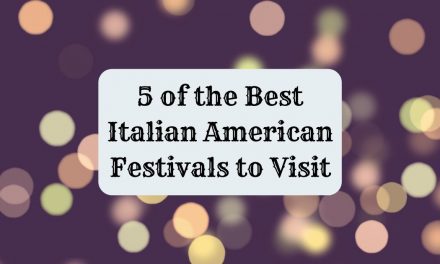 5 of the Best Italian American Festivals to Visit